Brett Davern is an American actor. He is best known for his role as Jake Rosati in the MTV comedy-drama series Awkward. He played Dwight Darnell in the TNT police procedural series Major Crimes (2016) and had a recurring role in the CBS crime drama Cold Case from 2009 to 2010. Davern has also appeared in such films as Player 5150, The Pool Boys, Born to Race: Fast Track, Love and Mercy, The Stanford Prison Experiment, The Culling and Party Boat. Born on March 16, 1992 in Edmonds, Washington, to parents Vicki and Tim Davern, he has one younger brother named Brian. He attended Edmonds-Woodway High School. Following graduation from Edmonds-Woodway High School in 2001, he enrolled at the American Musical and Dramatic Academy (AMDA) in New York City. He was Rumored to be in a relationship with actress Ashley Rickards. 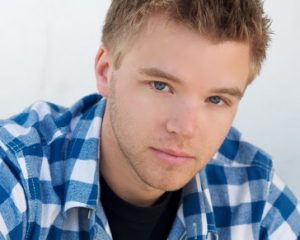 Brett Davern Facts:
*He was born on March 16, 1992 in Edmonds, Washington, USA.
*He is a 2001 graduate of Edmonds Woodway High School.
*He is passionate about helping charities including Racing for Kids, Stars for Smiles, Wounded Warrior Project, Boys & Girls Clubs of America, and Ronald McDonald House.
*He competed in the Toyota Pro/Celebrity Race at the Grand Prix of Long Beach in 2013.
*Follow him on Twitter, Facebook and Instagram.