Actor and director, Brian Baumgartner is most famous for his portrayal of Kevin Malone in the television comedy series The Office. His other television credits include Melissa & Joey, Hot in Cleveland, and The Bridge. He played Jim in the 2007 romantic comedy film, License to Wed. Brian was born Brian Bruce Baumgartner on November 29, 1972 in Atlanta, Georgia, and was educated at The Westminster Schools and Southern Methodist University. He is married to Celeste Ackelson. 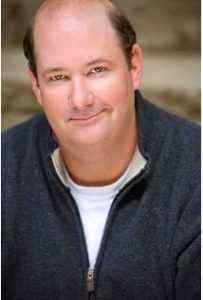 Brian Baumgartner Facts:
*He was born and raised in Atlanta, Georgia.
*He received a degree in Fine Arts from Southern Methodist University in 1995.
*He played Eric in the 2008 Christmas-themed romantic comedy film Four Christmases.
*He is an accomplished golfer.
*Follow him on Twitter and Instagram.