Bridget Moynahan is an American actress and model who has appeared in films such as I, Robot, Lord of War and Coyote Ugly, The Journey Home, and neo-noir action thriller film John Wick. Her notable roles in television include Blue Bloods, Six Degrees, and Sex and the City. She was born to Edward Bradley Moynahan and Mary Bridget Moynahan on April 28, 1971 in Binghamton, New York, USA as Kathryn Bridget Moynahan. She belongs to Irish descent. She has two brothers, Andy (older) and Sean (younger). She is a 1989 graduate of Longmeadow High School. Since October 17, 2015, she has been married to Andrew Frankel. She was previously in a relationship with Tom Brady from 2004 to 2006 with whom she had a son in August 2007. 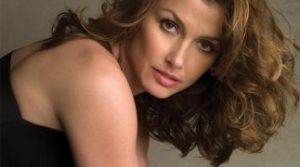 Bridget Moynahan Facts:
*She was born in Binghamton, New York and was raises in SLongmeadow, Massachusetts.
*As a model, she has appeared in Elle magazine.
*She was captain of the girls’ soccer, basketball, and lacrosse teams while in high school.
*In 2002, she was named number 86 in Stuff magazine’s “102 Sexiest Women In The World”.
*Vodka, straight up is her favorite alcoholic beverage.
*Follow her on Twitter, Facebook and Instagram.