Brina Palencia is an American actress, voice actress and singer. She has provided voices for a number of Japanese Anime TV shows. She is best known for her voice work as Elsa in Gunslinger Girl, Mikoto Suō in School Rumble, Tony Tony Chopper in One Piece, Miharu Rokujo in Nabari no Ou, Eve in Black Cat, Yue Ayase in Negima!, and Ciel Phantomhive in Black Butler. She has also voiced for a number of video games. Apart from that she has also appeared in such independent films as The Ladies of the House and Lumberjack Man, and had a starring role in The CW’s science fiction romantic drama Star-Crossed. Born Brina Michelle Palencia in Oklahoma, USA, on February 13, 1984, Brina spent her growing years in Owasso, Oklahoma and La Ceiba, Honduras. She has a brother named Gino, who works at Funimation as an ADR engineer and production assistant. After graduating from Weatherford High School in 2002, she attended and graduated from University of North Texas with a Bachelor of Arts in Music in 2006. She has been married to Paul Wingo since September 19, 2009. 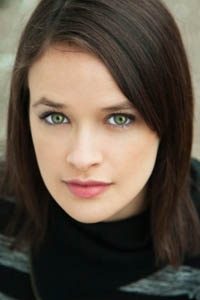 Brina Palencia Facts:
*She was born on February 13, 1984 in Oklahoma, USA.
*She speaks English and Spanish fluently.
*She studied music at the University of North Texas.
*She served as host for GameStop TV.
*She has a pet cat named “Piccolo”.
*Follow her on Twitter and Facebook.