Brooke Burke is an American actress model and television personality, most notable as a Playboy model, hosting Wild On!, Rock Star, winning the seventh season of Dancing with the Stars, for co-hosting Dancing With the Stars, and featuring in Need for Speed: Underground 2 as Rachel Teller. Born Brooke Lisa Burke on September 8, 1971 in Hartford, Connecticut, to parents Donna and George Burke, she is of French and Irish descent on her father’s side, and of Portuguese descent on her mother’s side. She has one older sister named Kimberly. Burke was educated at Sahuaro High School and Palo Verde High School. She was married to Garth Fisher from 2001 to 2005 and David Charvet from 2011 to 2020. She is the mother of four children. 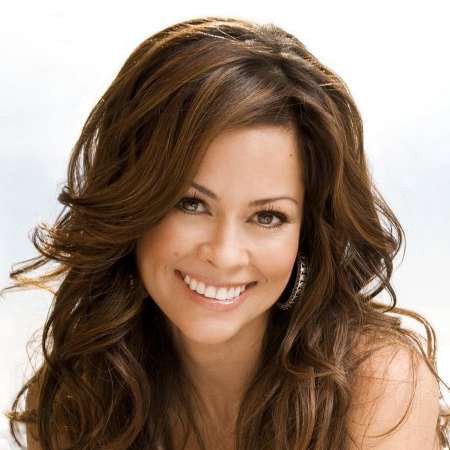 Brooke Burke Facts:
*She was born on September 8, 1971 in Hartford, Connecticut, USA.
*Her father left her family when she was two years old and she was raised by mother and stepfather.
*She won her first beauty pageant at age 14.
*She hosted Wild On!, a popular travel series on the E! Entertainment Television channel from 1999 to 2002.
*She is close friends with Nikki Ziering and Neriah Davis.
*She is the CEO of ModernMom.Com.
*Visit her official website: www.brookeburke.com
*Follow her on Twitter, Facebook and Instagram.