Brooke Lyons is an American actress. She is best known for her portrayal of Amy in the 2008 film Welcome Home Roscoe Jenkins, and for her role as Peach Landis in the CBS sitcom 2 Broke Girls. Other notable acting roles include Birdie in Jane by Design, Eden Ellery in The Affair, Natalie in iZombie, and Elizabeth Abbott Rojas in Life Sentence. Lyons also appeared in the films The Trap, Protecting the King, and Dark Reel. Born Brooke Ashley Lyons on November 8, 1980 in Washington, D.C., to parents Penny and James R. Lyons M.D., Lyons grew up in Connecticut. She graduated from Yale University with a bachelor’s degree in English Language & Literature. In 2014, Lyons married film producer Max Osswald. They have two children. 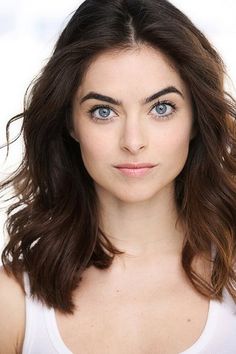 Brooke Lyons Facts:
*Born on November 8, 1980 in Washington, D.C., she is of Italian, Irish and Portuguese descent.
*She suffered from scoliosis as a child.
*She spent a lot of her youth both dancing and riding horses.
*She is classically trained ballet dancer.
*She founded the Connecticut Scoliosis Association and released a book titled Scoliosis: Ascending the Curve in 1999.
*Visit her official website: www.brookelyons.com
*Follow her on Twitter, Facebook and Instagram.