Brooke Mikey Anderson is an Australian actress who started her career as a child actress in the Australian soap opera E Street. She is best known for television roles as Lizzie Forbes on Glad Rags, Cassandra ‘Cass’ Clayborn on Ocean Girl and Jacqui Raymond on Search for Treasure Island. From 2007 to 2008, Mikey provided the voice of Alex in the Australian-British-Canadian-American children’s television series Animalia. She played Kat in the 2009 American comedy genre film, Off the Ledge. Her single “Step Back Peace Not War” was published by Mushroom Records. Born Brooke Paige Anderson on August 15, 1981 in Sydney, Australia, Mikey trained at Gala Productions run by her mother Lynda Keane and father Greg Anderson in Sydney Australia. 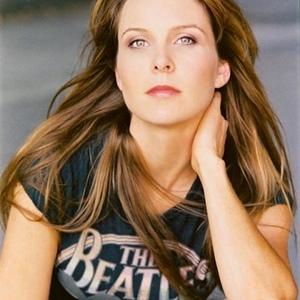 Brooke Mikey Anderson Facts:
*She was born on August 15, 1981 in Sydney, Australia.
*She started her career as a child actor.
*She trained at Gala Productions run by her father Greg Anderson and mother Lynda Keane in Sydney Australia.
*Visit her official website: www.brookeanderson.com