Brooks Koepka is an American professional golfer who plays on the PGA Tour. He became the world number 1-ranked golfer in October 2018 after winning the 2018 CJ Cup. Turning professional in 2012, Koepka won the U.S. Open in 2017 and 2018, and the PGA Championship in 2018 and 2019. Born on May 3, 1990 in West Palm Beach, Florida, to parents Denise and Bob Koepka, he grew up in Lake Worth. His younger brother, Brooks Koepka, is also a professional golfer. Koepka attended Cardinal Newman High School and played college golf at Florida State University in Tallahassee. He has been in a relationship with actress Jena Sims. 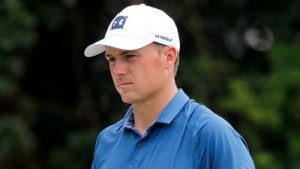 Brooks Koepka Facts:
*He was born on May 3, 1990 in West Palm Beach, Florida, USA.
*His father, Bob, played baseball, and was the pitcher at West Virginia Wesleyan.
*His great uncle, Dick Groat, was a two-time World Series champion with the Pittsburgh Pirates.
*He won three events and was a three-time All-American at Florida State University in Tallahassee.
*He turned professional in 2012.
*He won the Phoenix Open with the PGA Tour in 2015 and the Turkish Airlines Open in 2014.
*He won his first major championship at the U.S. Open in 2017 at Erin Hills, Wisconsin.
*Became the first golfer in history to hold back-to-back titles in two majors simultaneously.
*Visit his official website: www.brookskoepka.com
*Follow him on Twitter, Facebook and Instagram.