Rabi Lamichhane is a Nepalese television presenter who set the world record for presenting the longest-ever television talk show broadcast in April, 2013. Currently, he hosts a popular television show “Sidha Kura Janta Sanga” in News 24 television. As a lyricist, he wrote the songs for Nabin K Bhattarai’s song “Timilai Man Paraunchhu” and the song “Timro Aagamanle feri” sung by Ram Krishna Dhakal. Born on September 5, 1974 in Kathmandu, Nepal, his older brother, Hari Sharan Lamichhane, is also a journalist. He has been married to Nikita Poudel since 2019. He was previously married to Isha Lamichhane with whom he had two daughters. 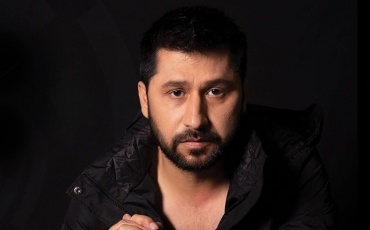 Rabi Lamichhane Facts:
*He was born on September 5, 1974 in Kathmandu, Nepal.
*He has an older brother named Hari Sharan.
*He worked as a manager and supervisor of a Subway chain in Baltimore, Maryland.
*On 15th August 2019, Lamichhane was arrested by Police from his News 24 office in connection to the death of journalist Shalikram Pudasaini, which appeared to be a suicide.
*Follow him on Twitter, Facebook and YouTube.