Bryan Cristante is an Italian professional football player who plays for Serie A club Roma and the Italy national team as a midfielder. Cristante began his playing career with Liventina Gorghense and Milan. He played for Milan, Benfica, Palermo (loan), Pescara (loan), Atalanta (loan), Atalanta, Roma (loan) and Roma. At international level, Cristante has represented Italy at youth level since 2010, eventually making his senior debut in 2017, and was a member of the nation’s squads at UEFA Euro 2020. 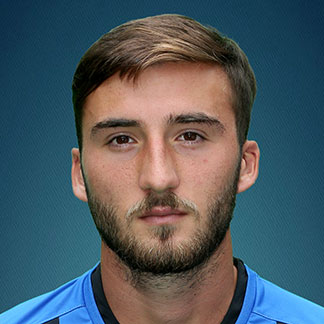 Bryan Cristante Facts:
*He was born on March 3, 1995 in San Vito al Tagliamento, Italy.
*He started playing football as a child, and moved on to Liventina Gorghense, an amateur club in the province of Treviso, at age 11.
*From 2014–2018, he played for Benfica.
*He made his senior international debut in October 2017.
*He was also eligible to play for Canada at international level, as he holds a Canadian passport through his father.
*Follow him on Twitter and Instagram.