Federico Bernardeschi is an Italian professional footballer who plays for Serie A club Juventus and the Italy national team as a winger or attacking midfielder. From 2013–2017, Bernardeschi played for Fiorentina, and was signed for a €40 million on a five-year deal with Juventus in July 2017. A former Italian youth international, Bernardeschi has represented Italy at youth level since 2011, and made his senior international debut in 2016. He was a member of the nation’s squads at UEFA Euro 2016 and UEFA Euro 2020. 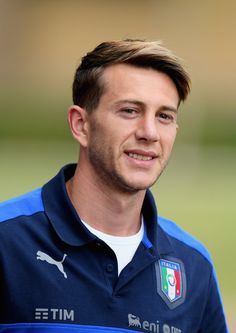 Federico Bernardeschi Facts:
*He was born on February 16, 1994 in Carrara, Italy.
*He began playing football at age six with Atletico Carrara.
*He played with the Fiorentina youth team from 2003 to 2013
*He played for Fiorentina From 2013 to 2017.
*He joined Juventus, one of Fiorentina’s main rivals, in July 2017.
*Follow him on Twitter, Facebook and Instagram.