Seth Rogen is a Canadian-American actor, comedian, writer, producer and director. He is best known for his roles in such films as Knocked Up, The Interview, Neighbors, Observe and Report and The 40-Year-Old Virgin. He won a Canadian Comedy Award for Best Writing for the 2007 American coming-of-age teen comedy film Superbad. His television credits include Judd Apatow’s television show Freaks and Geeks, and the sitcom Undeclared, which also hired him as a writer. 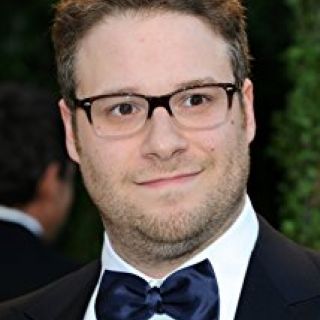 Seth Rogen Facts:
*He was born on April 15, 1982 in Vancouver, British Columbia, Canada, to a Jewish family of Ukrainian and Russian origin.
*He started his comedy career when he was thirteen, and won the Vancouver Amateur Comedy Contest when he was 16 years old.
*He was ranked #20 on Entertainment Weekly’s ’30 Under 30′ the actors list in 2008.
*He is good friends with Jay Baruchel.
*He has dual American and Canadian citizenship.
*Follow him on Twitter, Facebook and Instagram.