German rapper and co-founder of record label ersguterjunge who won an ECHO Award for “Best Live Act” in 2006 and “Best Hip Hop/R&B Artist National” in 2007. His second studio album, Electro Ghetto (2004), peaked at number six on the German charts and spawned three singles, “Electro Ghetto”, “Nie wieder”, and “Hoffnung stirbt zuletzt”, all of which placed in the singles charts for several weeks. Bushido released his self-titled autobiographical book in September 2008. Born Anis Mohamed Youssef Ferchichi on September 28, 1978 in Bonn, Germany, to a Tunisian father and a German mother, he was raised by a single mother. He started releasing demo tapes of his own original rap content in 1998. In May 2012, he married Anna-Maria Lagerblom. They have one child. 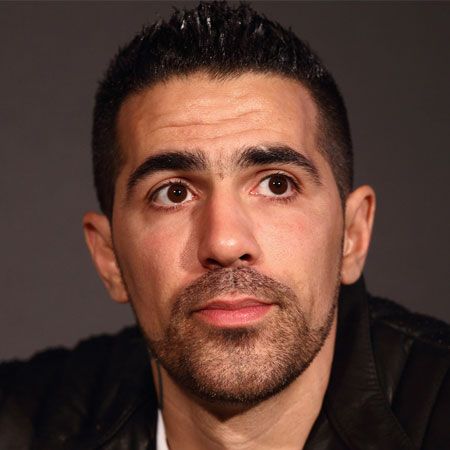 Bushido Facts:
*He was born on September 28, 1978 in Bonn, Germany.
*His real name is Anis Mohamed Youssef Ferchichi.
*He is of Tunisian descent.
*His father was an alcoholic and left the family when he was three years old.
*His mother was diagnosed with breast cancer.
*He and fellow rapper Vader formed the duo Search & Defeat in early 1998.
*He released his demo, King of KingZ in 2001.
*His first official release was Carlo Cokxxx Nutten, released in October 2002, a collobaration with Fler.
*His first solo release, Vom Bordstein bis zur Skyline (2003) peaked at number 88 in Germany.
*He won the category German act of the European Music Awards in Copenhagen in 2006.
*He has his own record label ersguterjunge.
*He has the name of his mother “Luise Maria” tattooed on his right arm.
*Follow him on YouTube and Instagram.