Amy Jackson is a British actress and model, active primarily in Tamil films. She is best known for her roles in the films Madrasapattinam, Ekk Deewana Tha, and Thaandavam. In 2018, she joined the cast of The CW’s superhero drama series Supergirl. Jackson is the recipient of various accolades including; a Ananda Vikatan Cinema Award, a SIIMA Award and a London Asian Film Festival award. She was named in the The Times of India’s Most Desirable Woman of 2012 and The Times of India’s Most Promising Female Newcomers of 2012. Born Amy Louise Jackson on January 31, 1992 in Douglas, Isle of Man, to parents Marguerita and Alan Jackson, her elder sister, Alicia Jackson, is also an actress. Jackson earned A Levels in English literature, philosophy, and ethics at St Edward’s College. In May 2019, Jackson got engaged with the son of British-Cypriot businessman Andreas Panayiotou named George Panayiotou. In September 2019, the couple welcomed their son Andreas. She was formerly engaged to actor Prateik Babbar and world famous boxer Joe Selkirk. 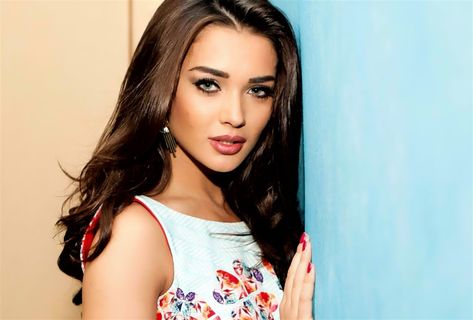 Amy Jackson Facts:
*She was born on January 31, 1992 in Douglas, Isle of Man.
*She is the daughter of Marguerita Jackson and BBC Radio Merseyside presenter Alan Jackson.
*She was crowned Miss Teen World 2008 and Miss Liverpool 2010.
*She has been appeared in fashion magazines, including Vogue, Cosmopolitan, Marie Clare and Hello!.
*She made her film debut in the 2010 feature Madrasapattinam.
*She serves as a brand ambassador for Yardley of London and Ponds Beauty.
*She posed with a cat in a PETA ad campaign promoting the adoption of animals from shelters in 2014.
*Visit her official website: www.iamamyjackson.co.uk
*Follow her on Twitter, Facebook and Instagram.