Caitlyn Jenner, formerly known as Bruce Jenner, is an American television personality and former track and field athlete who was an Olympic decathlon winner in 1976. As Bruce, Jenner is best known for the reality television program Keeping Up with the Kardashians. In 2015, Jenner came out as transgender. Born William Bruce Jenner on October 28, 1949 in Mount Kisco, New York, USA, to Esther Ruth and William Hugh Jenner, her father was an arborist. She has two sisters, Pam and Lisa. Her younger brother, Burt, lost his life in a car accident in 1976. Jenner achieved a degree in physical education from Graceland University in 1973. Jenner has been married three times and is the parent of six children. 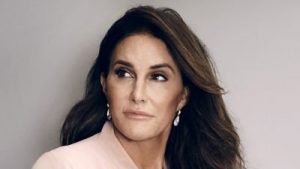 Caitlyn Jenner Facts:
*One of the greatest American athletes who has ever lived.
*She is the stepmother of reality TV stars Khloe, Kourtney and Kim Kardashian.
*Played college football for the Graceland Yellowjacket.
*Jenner is a Republican.
*Jenner owns a company named Bruce Jenner Aviation that sells aircraft supplies to companies and corporations.
*In 2015, Jenner revealed that she is transgender and has become a woman, now known as Caitlyn.
*Visit her official website: www.caitlynjenner.com
*Follow him on Twitter, Facebook and Instagram.