English singer and songwriter who won a talent competition put on by his local newspaper in 2013. He rose to prominence after competing on the popular television show Britain’s Got Talent in 2015. He released his version of Robyn’s hit “Dancing On My Own” as a single, which reached #2 on the UK Singles Chart and became the best-selling song that summer in the United Kingdom. He worked with Leona Lewis on the single “You Are the Reason” in 2018. Born on October 12, 1988 in Kingston upon Hull, United Kingdom, he started his singing career in 2011. He won the talent competition Mail’s Star Search 2013, organized by Hull Daily Mail, and joined a Maroon 5 tribute band, Maroon 4, and toured around the UK. He formed the electronic duo, The Experiment with John McIntyre in 2014, and released debut single, “Girl (You’re Beautiful)”, on June 14, 2014. 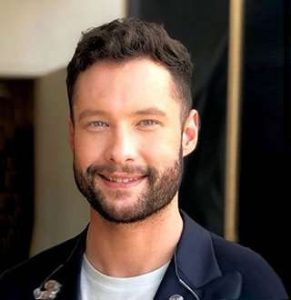 Calum Scott Facts:
*He was born on October 12, 1988 in Kingston upon Hull, United Kingdom.
*In 2013, he won a talent competition put on by his local newspaper.
*He formed the electronic duo, The Experiment with John McIntyre in 2014.
*He was a finalist on the 2015 season of Britain’s Got Talent.
*Visit his official website: www.calumscott.com
*Follow him on Twitter, SoundCloud, YouTube, Facebook and Instagram.