Cameron Monaghan is an American actor and model. He is best known for his portrayal of Ian Gallagher on the Showtime comedy-drama series Shameless. He played Mason in the 2014 film Vampire Academy and appeared as twins Jerome and Jeremiah Valeska on the Fox crime series Gotham. Born Cameron Riley Monaghan on August 16, 1993 in Santa Monica, California, USA, he was raised only child in Boca Raton, Florida, by his single mother, Diane Monaghan. He studied at Addison Mizner Elementary School in Boca Raton, Florida. Monaghan began his professional career as a child model at the age of three, and child actor at the age of seven. He first achieved fame for his role as Winthrop Paroo in the 2003 television film The Music Man. In 2017, he started dating actress Peyton List. Their relationship lasted until late 2018. 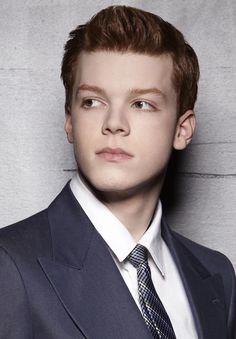 Cameron Monaghan Facts:
*He was born on August 16, 1993 in Santa Monica, California, USA.
*He is an only child.
*He is of Polish and Irish descent on his mother’s side.
*He started his professional career as a child model at the age of 3.
*He enjoys filming fight scenes.
*Follow him on Twitter, Facebook and Instagram.