Suzuko Mimori is a Japanese actress, voice actress and singer. She is best known as the voice of Umi Sonoda from Love Live! franchise and as the voice of Hikari Kagura from Revue Starlight. She released her debut single “Aitaiyo… Aitaiyo!” in April 2013. Her 2013 single “Yunibā Pēji” achieved remarkable success, reaching #5 position on Japanese music charts. Mimori is represented by Hibiki Cast. Born Suzuko Kurokawa on June 28, 1986 in Tokyo, Japan, she was active in numerous musical theater productions under her real name Suzuko Kurokawa before beginning her career as a voice actress. In 2019, Mimori married New Japan Pro-Wrestling wrestler Kazuchika Okada. 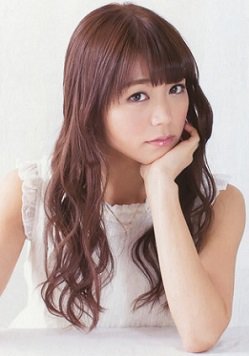 Suzuko Mimori Facts:
*She was born on June 28, 1986 in Tokyo, Japan.
*She was active in Stage musicals since she was 18 years old under the name Kurokawa Suzuko in Mariart Dance Studio.
*In 2009, Mimori performed with a vocal group, Cutie Pai.
*She made her debut as a solo artist with her debut single “Aitaiyo… Aitaiyo!” in April 2013.
*Visit her official website: www.mimorin.com
*Follow her on Twitter, Facebook and Instagram.