Can Yaman is a Turkish actor, model and lawyer who played Can Divit in the Turkish romantic comedy series Erkenci Kuş (Early Bird), for which he earned a Golden Butterfly Award for Best Actor in a Romantic Comedy in 2018. Yaman also starred in Gönül İşleri, İnadına Aşk, Hangimiz Sevmedik, Dolunay, Bay Yanlış and Sandokan. 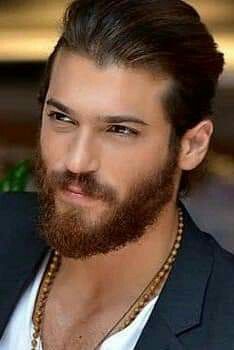 Born on November 8, 1989 in Suadiye, İstanbul, Turkey, to parents Güldem and Güven Yaman, his paternal grandfather is an Albanian immigrant from Kosovo and his paternal grandmother is an immigrant from North Macedonia. Yaman graduated in 2012 from the Law Department of Yeditepe University, and began working at PricewaterhouseCoopers. He made his debut in the role of Bedir in 2014’s Gönül Isleri. He has been dating actress Demet Ozdemir since 2019.

Can Yaman Facts:
*Born on November 8, 1989 in Suadiye, İstanbul, Turkey, he is the only child of his family.
*His parents divorced when he was age five.
*He is the nephew of football coach Fuat Yaman.
*He began his career in Gönül Isleri in 2014.
*He was chosen “Rising Actor of the Year” by GQ Turkey in 2018.
*He won 7th GQ Men of the Year 2019 award.
*He become a face of Turkish clothing brand TUDORS with contract spanning for 2 years worth 3 million TL in 2020.
*He completed his compulsory service in the Turkish Military in 2020.
*Follow him on Twitter and Instagram.