Candelaria Molfese is an Argentine actress, singer, and TV host. She is best known for her role as Camilla Torres in the Disney Channel Latin America television series Violetta. From 2017 to 2018, Molfese played Young Natalia Rouco in the Argentine comedy-drama telenovela, “Quiero vivir a tu lado”. In late 2018, Molfese hosted the backstage, web series, #LadoV (“Side V” in English), for the reality singing competition, La Voz Argentina. 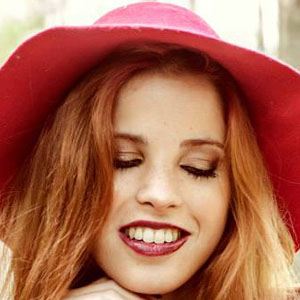 Born María Candelaria Molfese on January 3, 1991 in Buenos Aires, Argentina, she is the youngest child of five daughters. Molfese began her acting career appearing in plays like Pocahontas and The Little Mermaid. She dated Ruggero Pasquarelli from 2014 to 2020.

Candelaria Molfese Facts:
*Born on January 3, 1991 in Buenos Aires, Argentina, her parents are divorced.
*She learned how to sing and play piano from a young age.
*She played Camila Torres on the Disney Channel Original Series Violetta from 2012 to 2015.
*She has been the ambassador of the organization Friends Around the World, which helps people make a difference in their communities.
*Follow her on Twitter, YouTube, Facebook and Instagram.