Lodovica Comello is an Italian actress, singer, dancer and TV host. She is best known for her portrayal of Francesca Cauviglia in the Argentine Disney Channel series, Violetta. Comello has hosted Singing in the Car, Kid’s Got Talent, Italia’s Got Talent, and Mix and Match. She released her debut studio album titled Universo on November 19, 2013. In 2019, Comello began starring in ExtraVergine. 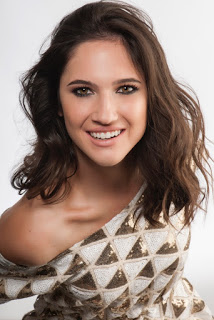 Born on April 13, 1990 in San Daniele del Friuli, Italy, to parents Anna and Paolo Comello, she has one older sister named Ilaria. Comello did her schooling from the Istituto Statale Istruzione Superiore Vincenzo Manzini, a public high school in San Daniele del Friuli. She married Argentinian television producer Tomas Goldschmidt on April 1, 2015 and they welcomed their son Teo in March 2020.

Lodovica Comello Facts:
*She was born on April 13, 1990 in San Daniele del Friuli, Italy.
*She demonstrated her passion for art, acting, dance, guitar from a very young age.
*She started guitar lessons when she was just eight years old.
*She played Francesca in the Argentine Disney Channel series, Violetta from 2012 to 2015.
*She can speak both Spanish, and English.
*She is good friends with Alba Rico and Ruggero Pasquarelli.
*Visit her official website: www.lodovicacomello.com
*Follow her on Twitter, YouTube, Facebook and Instagram.