Cara Theobold is a British actress who rose to fame by portraying the role of Ivy Stuart in the third and fourth series of television period drama Downton Abbey. Theobold is also known for her leading performances as Sarah in the third series of The Syndicate, and Ellen in the BBC Three series Together. She also voices characters in the video games Overwatch and Heroes of the Storm. In 2017, she began starring in the AXN series Absentia. Born Cara Louise Theobold on January 8, 1990, in Wakefield, Yorkshire, England, she studied at Outwood Grange Academy, followed by Guildhall School of Music and Drama in London. She made her film debut with the horror film Zombie Spring Breakers (2016). 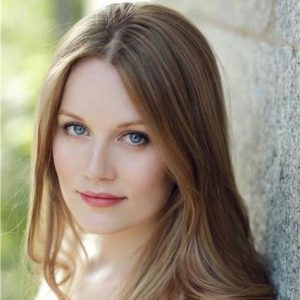 Cara Theobold Facts:
*She was born in Wakefield, Yorkshire, England on January 8, 1990.
*She attended Guildhall School of Music and Drama in London.
*In 2012, she was the 39th actress to act out a birth on the long-running Call the Midwife.
*Follow Cara on Twitter and Instagram.