Caren Kaye is a retired American actress. She is best known for her role in the 1983 film My Tutor and has appeared in several short-lived sitcoms, including The Betty White Show, Who’s Watching the Kids?, and It’s Your Move. She has also played prominent roles in the films Looking for Mr. Goodbar, Cuba Crossing, Some Kind of Hero, Teen Witch and Satan’s Princess. She has appeared as a guest-star in several television series such as 21 Jump Street, Mr. Belvedere, Fantasy Island, Simon & Simon, Matt Houston, Taxi and Murder, She Wrote. 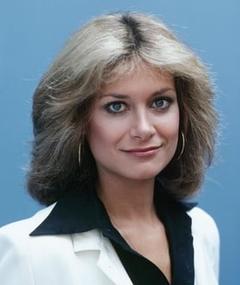 Caren Kaye Facts:
*She was born on March 12, 1951 in New York City, New York, USA.
*She earned her Masters and Doctorate in Psychology from Carnegie Mellon University in Pittsburgh, PA.
*In November 1980, she married Renny Temple. They had two children.
*Visit her official website: www.drcarenkaye.com
*Follow her on Twitter.