Carla Bruni is an Italian-French singer, songwriter and fashion model who rose to international fame for marrying ex-French president Nicolas Sarkozy in 2008. She was a model from 1987 to 1997 before taking up a career in music. She wrote several songs for Julien Clerc that were featured on his 2000 album, Si j’étais elle. Bruni’s debut album, Quelqu’un m’a dit, was released in 2002, which eventually spent 34 weeks in the top 10 of the French Albums Chart. She won the Victoire Award for Female Artist of the Year at the 2004 Victoires de la Musique. 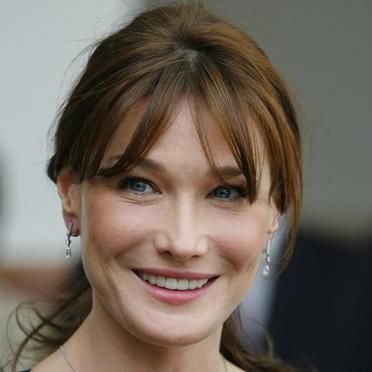 Born Carla Gilberta Bruni Tedeschi on December 23, 1967 in Turin, Piedmont, Italy, to parents Marisa and Alberto Bruni Tedeschi, she moved to France at the age of seven. Bruni studied art and architecture in Paris before pursuing her fashion and modeling career. She married Nicolas Sarkozy, then president of France in February 2008. She has a daughter named Giulia and a son named Aurelien.

Carla Bruni Facts:
*She was born on December 23, 1967 in Turin, Piedmont, Italy.
*She rose to prominence after marrying ex-French president Nicolas Sarkozy in 2008.
*She was presented with the Grand Cross of the Order of Charles III in 2009.
*She created the Carla Bruni-Sarkozy Foundation for philanthropic efforts in 2009.
*Visit her official website: www.carlabruni.com
*Follow her on Twitter, YouTube, Facebook and Instagram.