Chiara Ohoven is a German It-Girl and fashion designer who was an editor for the fashion and lifestyle magazine InStyle from 2009 to 2010. She has appeared as a guest-star in several television series such as Menschen bei Maischberger, Johannes B. Kerner, Menschen der Woche oder dem Kölner Treff. Ohoven was also a guest at The Dome, and co-hosted the 2005 German edition of Top of the Pops. In 2015, she took part in The Perfect Celebrity Dinner with her mother. 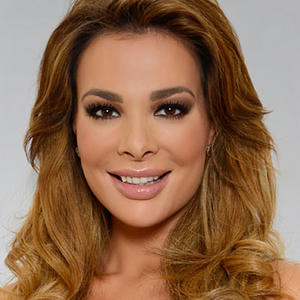 Born Chiara Henriette Madeleine Bernadette Margrete Ohoven on March 18, 1985 in Düsseldorf, Germany, to parents Mario and Ute-Henriette Ohoven, she is the sister of Hollywood producer Michael Ohoven. Ohoven was in a relationship with Patrick Poprawski from 2004 to 2011, and was engaged to the Madrid entrepreneur and armaments expert Hermann Ranninger from 2014 to 2016.

Chiara Ohoven Facts:
*She was born on March 18, 1985 in Düsseldorf, Germany.
*She is the daughter of the investment advisor and later BVMW president Mario Ohoven and the UNESCO ambassador Ute-Henriette Ohoven.
*Her brother, Michael Ohoven, is a German film producer and the founder and CEO of Infinity Media.
*Some tabloids consider her “the German Paris Hilton”.
*Visit her official website: www.chiara-ohoven.de