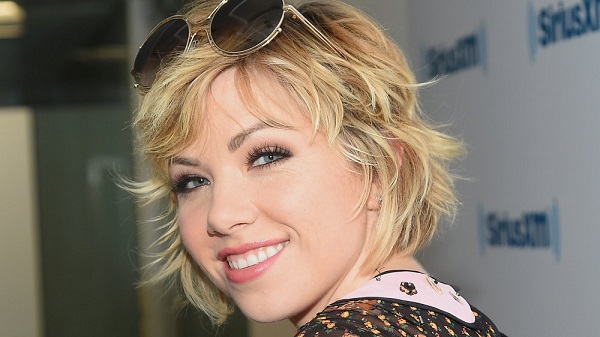 Carly Rae Jepsen is a Canadian singer, songwriter, and actress who first gained recognition in 2007 by being a contestant on the fifth season of Canadian Idol, where she placed third. Her debut album, Tug of War, released in September 2008, spawned two Canadian Hot 100 top 40 singles, “Tug of War” and “Bucket”, both of which were accredited gold certifications by Music Canada (MC). Her 2012 single “Call Me Maybe,” reached #1 on the U.S. and Canadian Billboards. She played Frenchy in the 2016 Fox broadcast of Grease Live!.

Born on November 21, 1985 in Mission, British Columbia, Canada, to Alexandra Lanzarotta and Larry Jepsen, she is of Danish, English, Scottish, Ukrainian, and Dutch descent. Jepsen has an older brother named Colin, and a younger sister named Katie. She graduated from the Heritage Park Secondary School, and began performing in the nearby city of Vancouver.

From 2011 to 2012, Jepsen dated Jordi Ashworth. She dated fellow pop star Matthew Koma from late 2012 to 2015. She began dating photographer David Kalani Larkins in 2015. They broke up in 2019. She has also been linked with British songwriter, record producer, and multi-instrumentalist James Flannigan.

Carly Rae Jepsen Facts:
*She was born on November 21, 1985 in Mission, British Columbia, Canada.
*Her debut album, Tug of War, was released on September 30, 2008.
*Her song “Tug of War” (2008) was named the Song of the Year at the Canadian Radio Music Awards.
*She is close friends with Justin Bieber.
*Visit her official website: www.carlyraemusic.com
*Follow her on Twitter, Facebook, YouTube and Instagram.