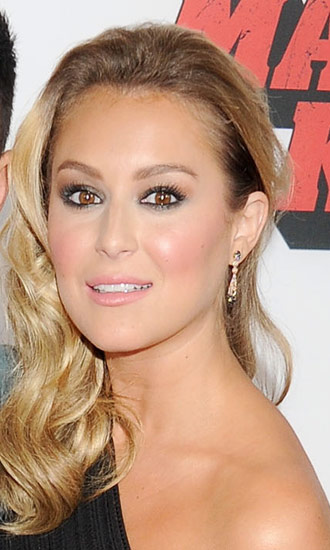 Alexa PenaVega is an American actress and singer. She is best known for her portrayal of Carmen Cortez in the Spy Kids film series, and for her role as Julie Corky in the 2004 film Sleepover. She played Shilo Wallace in the 2008 horror-rock opera musical film Repo! the Genetic Opera, and starred as Ruby on the ABC Family sitcom Ruby & The Rockits. In 2019, she began starring in the Nickelodeon series The Casagrandes.

Born Alexa Ellesse Vega on August 27, 1988 in Miami, Florida, to parents Gina Denise Rue, a former model & Baruch Jairo Vega, a photographer, her father is Colombian and her mother, is of British Isles origin, and has deep roots in Florida. Alexa is the older sister of Makenzie Vega and Krizia Vega. She also has two half-sisters named Greylin James and Margaux Vega, and a half-brother named Jet James.

Alexa was married to film producer Sean Covel from 2010 to 2012. She then married former Big Time Rush actor and singer Carlos Pena Jr. in January of 2014. The couple changed their last name to PenaVega. They have three children: Ocean King, Kingston James and Rio Rey.

Alexa PenaVega Facts:
*She was born on August 27, 1988 in Miami, Florida, USA.
*She was educated at Notre Dame Catholic High School.
*She is an experienced gymnast.
*Her favorite actor is Rupert Grint.
*She loves freshwater fishing.
*She has a celebrity crush on Frankie Muniz.
*She is fluent in Spanish.
*She is good friends with AnnaLynne McCord and Nikki Reed.
*Follow her on Twitter, Facebook, YouTube and Instagram.