Carly Rose Sonenclar is an American singer and actress who rose to fame as the runner-up on the second season of The X Factor in December 2012. She has appeared in two feature movies, The Nanny Diaries and The Sisterhood of the Traveling Pants 2. She has also made numerous TV guest appearances. Born on April 20, 1999 in New York City, New York, to parents Terri and Bob Sonenclar, she has one older brother named Russell. In 2017, Sonenclar graduated from Rye Neck High School and went to attend the University of Southern California. 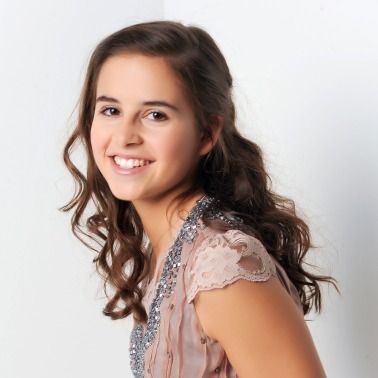 Carly Rose Sonenclar Facts:
*Born on April 20, 1999 in New York City, New York, she is Jewish.
*She began singing at the age of 2.
*Growing up, she took numerous singing, dancing, piano and acting classes.
*She began her career as an actress on Broadway in 2006.
*She finished in second place in season 2 of The X Factor USA in 2012.
*She signed with record label Syco Music in 2013.
*She enjoys softball.
*She’s signed to a New York City talent agency.
*Visit her official website: www.carlyrosemusic.com
*Follow her on Twitter, Facebook and Instagram.