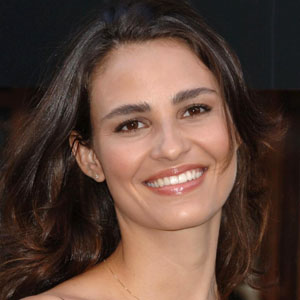 Fernanda Tavares Facts:
*She was born on September 22, 1980 in Natal, Rio Grande do Norte, Brazil.
*Her father is a singer.
*She won the “Elite Look of the Year” contest at the age of 13.
*She was selected to be a Victoria’s Secret model, and was one of the models at the renowned 2000 fashion show in Cannes, along with fellow models Alessandra Ambrosio, Carmen Kass, Gisele Bundchen, Adriana Lima and Angela Lindvall.
*Brazilian magazine “IstoéGente” named her the fourth best paid model in Brazil in 2005, with earnings of 2 million dollars a year.
*Spokesperson for anti-fur advertisements for animal rights group PETA
*She is good friends with fellow Brazilian model, Gisele Bündchen.
*She enjoys swimming and jogging.
*Follow her on Instagram.