Carol Kirkwood is a Scottish weather presenter, best known for being a presenter on BBC Breakfast and Victoria Derbyshire. She’s also a regular contributor and reporter for The One Show. In 2015, she participated in the thirteenth series of Strictly Come Dancing, finishing in 10th place. Born Carol MacKellaig on May 29, 1960 in Morar, Inverness Shire, Scotland, UK, she is the daughter of Malcolm MacKellaig. She attended Lochaber High School in Fort William and received a degree in Commerce from Edinburgh’s Napier University. She joined BBC News in April 1998 as a weather presenter. Carol was married to Jimmy Kirkwood from 1990 to 2008. 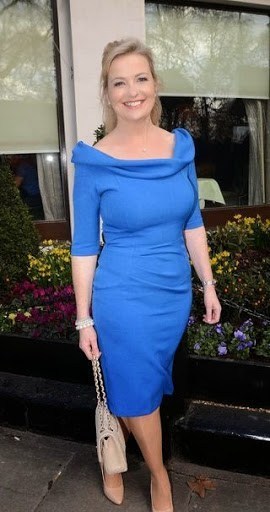 Carol Kirkwood Facts:
*She was born on May 29, 1960 in Morar, Inverness Shire, Scotland, UK.
*Her father’s name is Malcolm MacKellaig.
*Before joining BBC News in April 1998, she trained under the guidance of the BBC at the Met Office.
*She appeared on BBC One panel show Would I Lie to You? in 2014.
*She appeared as a cameo appearance on Hollyoaks in October 2018.
*Follow her on Twitter.