Carolina Bang is a Spanish actress, best known for starring in Álex de la Iglesia’s films The Last Circus, As Luck Would Have It, Witching & Bitching, and My Big Night. For her work in The Last Circus, she was nominated for Goya Award for Best New Actress. She also starred as Tierra de lobos in the television series La tierra de lobos. Born Carolina Herrera Bang on September 21, 1985 in Santa Cruz de Tenerife, Spain, she grew up primarily in Madrid, Spain. In June 2014, she married director Álex de la Iglesia with whom she has two daughters. 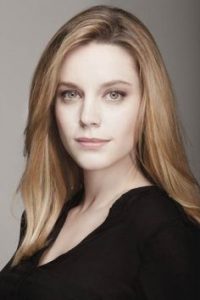 Carolina Bang Facts:
*She was born on September 21, 1985 in Santa Cruz de Tenerife, Spain.
*She started her professional stage career in 2005.
*In 2011, she signed for the Telecinco series Tierra de lobos.
*Follow her on Twitter and Instagram.