Carrie Preston is an American actress. She is best known for television roles as Arlene Fowler on True Blood, Grace Hendricks on Person of Interest, B.D. Benson on Emeril, Martina Moore on Crowded, Elsbeth Tascioni on The Good Wife, Debbie on Happyish, Elsbeth Tascioni on The Good Fight, and Polly Marks on Claws. For her performance on The Good Wife, Preston received two nominations for Primetime Emmy Award for Outstanding Guest Actress in a Drama Series, winning once. She has also appeared in critically acclaimed films such as Ready? OK!, Doubt and Duplicity. Her theater credits include The Tempest, Straight-Jacket, She Stoops to Conquer, Chaucer in Rome, The Rivals, and Hamlet. Preston made her directorial with the feature film 29th AND GAY, written by and starring James Vasquez. 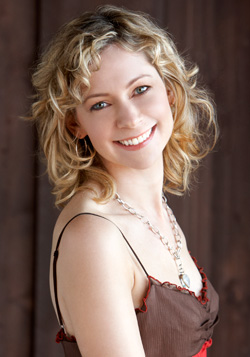 Born on June 21, 1967 in Macon, Georgia, to parents Pam and Ray Preston, her brother is actor John G. Preston. Carrie earned her BFA degree from the University of Evansville (1990), followed by an acting diploma from the prestigious Juilliard School. She is married to Michael Emerson.

Carrie Preston Facts:
*She was born on June 21, 1967 in Macon, Georgia, USA.
*Growing up, she loved theater, performing in shows at age eight.
*She is co-owner of the production company Daisy 3 Pictures with Mark Holmes and James Vasquez.
*Visit her official website: www.carriepreston.com
*Follow her on Twitter and Instagram.