American rapper whose debut album Finally Rich was released in December 2012, which contained several successful singles, including “I Don’t Like”, “Hate Bein’ Sober”, and “Love Sosa”. The album peaked at #29 on the Billboard 200 and #2 on the Billboard Rap chart. In 2014, Chief Keef released his mixtape Back from the Dead 2, which was met with critical acclaim from critics. In 2017, he released three mixtapes and then released the album Dedication. In 2019, Chief Keef released his collaborative album with Zaytoven called GloToven which has a sole feature from Lil Pump. 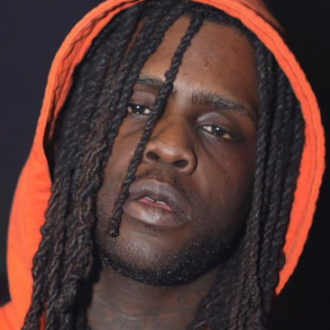 Born Keith Farrelle Cozart on August 15, 1995 in Chicago, Illinois, to parents Lolita Carter and Alfonso Cozart, he was raised by his mother and grandmother. He was engaged to glamour model Pretty Mesha, but they have since broken up. He has fathered 4 children from 3 different women.

Chief Keef Facts:
*Born on August 15, 1995 in Chicago, Illinois, he was raised in Washington Park.
*He is named after his deceased uncle, Keith Carter, who was known as “Big Keef.
*His music first became popular during his teen years in the early 2010s among high school students from Chicago’s South Side.
*He released his debut mixtape at the age of 15.
*His popular street single “I Don’t Like” (2012), remixed by rapper Kanye West, peaked at #15 on the U.S. Rap charts in 2012.
*He founded his own record label, Glory Boyz Entertainment (GBE), in 2014.
*He was once engaged to glamour model Pretty Mesha.
*Visit his official website: www.chiefkeef.com
*Follow him on Twitter, SoundCloud, YouTube, Facebook and Instagram.