Cassadee Pope is an American singer-songwriter, best known as the lead vocalist and songwriter of pop punk band Hey Monday and winner of the third season of The Voice. With Hey Monday she released two studio albums and three EPs. In addition to Hey Monday, Pope has released solo music and collaborated with numerous artists. Her debut solo country album, Frame by Frame, released in October 2013, peaked at 9 on the US Billboard 200, and debuted at No. 1 on Top Country Albums, with 43,000 copies sold in its first week. 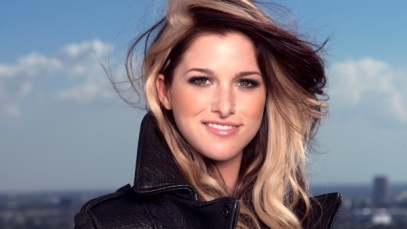 Cassadee Pope Facts:
*Born on August 28, 1989 in West Palm Beach, Florida, her ancestry includes Italian, German, Cuban and Native American.
*She formed a band called Blake while attending Wellington High School.
*Lead singer of the group Hey Monday.
*She became the winner of The Voice season 3 in December 2012.
*Her debut solo country album, Frame by Frame (2013), debuted on the Billboard 200 at #9 in the US, and at #1 of the Top Country Albums chart.
*She once engaged to All Time Low drummer Rian Dawson.
*She began dating actor Sam Palladio in 2018.
*Visit her official website: www.cassadeepope.com
*Follow her on Twitter, YouTube, Facebook and Instagram.