Sarah Rafferty is an American actress. She is best known for her portrayal of Donna Paulsen on the USA Network legal drama Suits. Her notable film appearances include: Speakeasy, Soccer Dog: European Cup, and Falling for Grace. Rafferty has also appeared on television in several series such as Grey’s Anatomy, Six Feet Under, CSI: Crime Scene Investigation, Bones, and Brothers & Sisters. 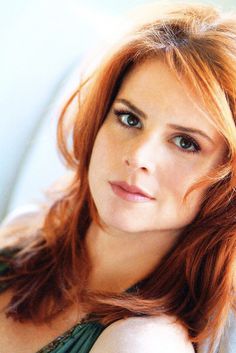 Sarah Rafferty Facts:
*She was born on December 6, 1972 in New Canaan, Connecticut, USA.
*She is the youngest child in her family.
*She made her debut in 1998 in the television movie Trinity.
*She starred as Donna Roberta Paulsen in the USA Network’s legal drama series Suits from 2011 to 2019.
*She is good friends with Gabriel Macht.
*She married Aleksanteri Olli-Pekka ‘Santtu’ Seppälä in June 2001. They have two daughters.
*Follow her on Twitter and Instagram.