Cate Blanchett is an Australian Actress and Theatre director. She is best known for her roles in the films Elizabeth, The Aviator, Notes on a Scandal, Elizabeth: The Golden Age, I’m Not There, Blue Jasmine, and Carol. She received an Academy Award nomination for Best Actress for her work in Elizabeth, and won an Academy Award for Best Actress in a Supporting Role for her role in The Aviator. She won the Academy Award for Best Actress for her work in Blue Jasmine. Her other well-known films include Bandits, Thank God He Met Lizzie, Oscar and Lucinda, Little Fish, and Veronica Guerin. Born as Catherine Elise Blanchett on May 14, 1969 in Ivanhoe, Victoria, Australia, to parents June and Robert Blanchett, Cate is the middle of three children, she has an older brother and a younger sister. She graduated from Australia’s National Institute of Dramatic Art in 1992. She has been married to Andrew Upton since December 29, 1997. They had three sons. On March 6, 2015, they adopted a daughter named Edith Vivian Patricia Upton. 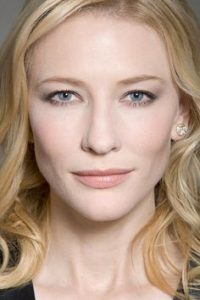 Cate Blanchett Facts:
*She was born on May 14, 1969 in Ivanhoe, Victoria, Australia.
*Her father died of a heart attack when she was just ten years old.
*Her older brother, Bob, works in the computer field, and her younger sister, Genevieve, is a theater designer.
*She is good friends with actress Nicole Kidman.
*Visit her official website: www.cateblanchett.net