Patricia Velasquez is a Venezuelan actress and model. She has modeled for brands such as Chanel, Dolce & Gabbana, Victoria’s Secret, and Carolina Herrera. As an actress, she has appeared in several films and television series, including The Mummy, The Return of the Mummy, The L Word, Arrested Development, and Rescue Me. Born Patricia Carola Velásquez Semprún on January 31, 1971 in Maracaibo, Venezuela, to teachers Lidella and Aquiles Velásquez, she is the fifth of six children. She graduated in 1987 from San Vicente de Paul High School. She competed in the Miss Venezuela 1989, where she finished third. She has a daughter named Maya, with her ex-girlfriend Lauren. She has been in a relationship with Jennifer Kriz. 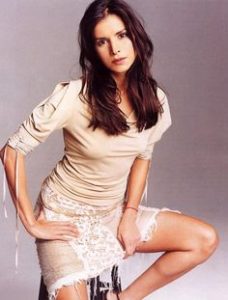 Patricia Velasquez Facts:
*She was born in Maracaibo, Venezuela on January 31, 1971.
*She was born to Mestizo father and Wayuu mother.
*Her parents were both teachers.
*She is considered to be the first Latina supermodel.
*She’s lesbian.
*She speaks English, French, Italian, and Spanish fluently.
*In 2002, she ranked #16 in Stuff magazine’s “102 Sexiest Women in the World”.
*Visit her official website: www.patriciavelasquez.com
*Follow her on Twitter, YouTube, Facebook and Instagram.