Caterina Scorsone is a Canadian-American actress. She is best known for her portrayal of Dr. Amelia Shepherd on the ABC medical drama Grey’s Anatomy and its spin-offs Private Practice and Station 19. Scorsone’s other television credits include Jess Mastriani on Missing, Callie Wilkinson on Crash, and Alice Hamilton on Alice. She has also appeared in the films Edge of Darkness, and The November Man. 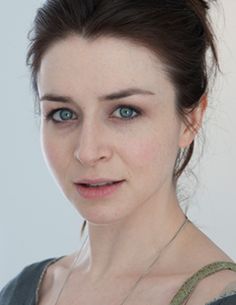 Caterina Scorsone Facts:
*Born on October 16, 1981 in Toronto, Canada, she is the middle child of five in her family.
*She is of Italian descent on her father’s side, and of Swedish, English, and Scottish descent on her mother’s side.
*Her father is a social worker, and her mother is a social anthropologist.
*She made her debut as a child actor on the Canadian children’s program, Mr. Dressup.
*She is a qualified canoe instructor and also enjoys kayaking and swimming.
*She married Rob Giles in June 2009. They have three daughters named Arwen, Paloma and Eliza. In May 2020, the couple filed for divorce after ten years of marriage.