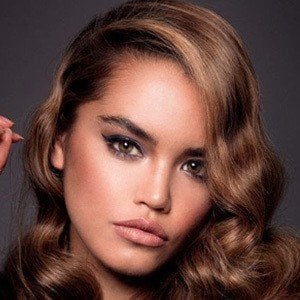 Paris Berelc Facts:
*Born on December 29, 1998 in Milwaukee, Wisconsin, she is the oldest of four children.
*She is of French-Canadian, Slovenian, and German descent on her father’s side, and of Filipino descent on her mother’s side.
*She started training for gymnastics at the age of 6 and participated in numerous championships and competitions.
*She was scouted by Ford Models at the age of nine, and was featured in ads from Kohl’s, Boston Store, Sears, and K-mart.
*She appeared on the cover of American Girl magazine for their November/December Issue in 2009
*She began her professional acting career in 2013, at the age of fourteen.
*She played Skylar Storm in the Disney series Mighty Med and in science fiction TV series, Lab Rats: Elite Force.
*She has dated Jack Griffo and Rhys Athayde.