Turkish stand-up comedian and actor who is widely regarded as the face of Turkey’s stand-up comedy scene and is arguably Turkey’s most in-demand celebrity. Yilmaz is best known for his roles in the films G.O.R.A., A.R.O.G and Yahşi Batı. He has won two Sadri Alışık awards for his roles in Organize Isler and The Magician. Yilmaz was also the sole screenwriter of A.R.O.G. and G.O.R.A. 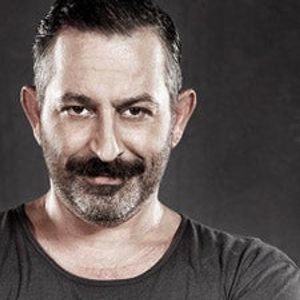 Born on April 23, 1973 in Fatih, Istanbul, Turkey, to parents Sebahat and Arif Yılmaz, he has a sister Özge and brother Can. Yilmaz did his schooling from Mehmet Akif School, Bahçelievler Kazım Karabekir Secondary School, Etiler Anadolu Tourism Vocational High School, and studied hotel management at Bogazici University. He was married to Ahu Yagtu from 2012 to 2013. Together they had a son named Kemal.

Cem Yilmaz Facts:
*He was born on April 23, 1973 in Fatih, Istanbul, Turkey.
*He started drawing comics for the Turkish humor magazine Leman while studying at the Department of Tourism and Hotel Management of Bogazici University.
*He made his film debut with the movie Everything’s Gonna Be Great (1998).
*He is also notable for his fancy collection of cars.
*Follow him on Twitter, YouTube and Instagram.