Kris Allen is an American musician, singer and songwriter, best known as the winner of the eighth season of American Idol. Prior to Idol, Allen wrote and self-produced an album entitled Brand New Shoes (2007) with college friends and bandmates Chase Erwin (bass) and Michael Holmes (drums). His debut single “Live Like We’re Dying” sold 1.7 million copies. 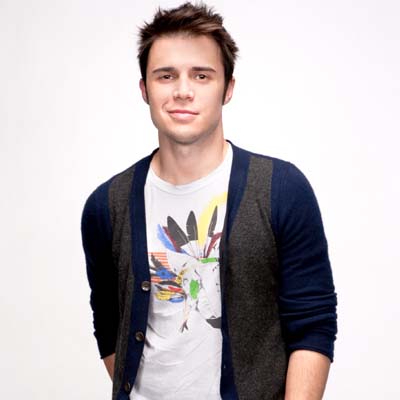 Born Kristopher Neil Allen on June 21, 1985 in Jacksonville, Arkansas, to parents Kimberly and Neil Allen, he has a younger brother name Daniel, who is a college cheerleading coach. Allen attended the University of Central Arkansas, where he was a business major and a member of Chi Alpha campus ministries. He married his high school sweetheart Katy O’Connell on September 26, 2008. They have three children.

Kris Allen Facts:
*He was born on June 21, 1985 in Jacksonville, Arkansas, USA.
*He taught himself how to play the guitar, piano, viola and the ukulele when he was 13.
*He released an album titled Brand New Shoes in 2007.
*He won the eighth season of American Idol in 2009.
*He is the first married American Idol winner.
*His favorite male artist is Jamie Cullum.
*Allen states that his influences include the Beatles, Jamie Cullum, John Mayer, Pat Monahan, Jason Mraz and Michael Jackson.
*Visit his official website: www.krisallenofficial.com
*Follow him on Twitter, YouTube, Facebook and Instagram.