American rapper and entrepreneur who rose to fame with his singles: “Turn It Up”, “Ridin'” and “Grown and Sexy”. Chamillionaire’s song “Ridin'” won the 2007 Grammy Award for Best Rap Performance by a Duo or Group. He is also notable for his most anticipated Mixtape Messiah series. His second album, Ultimate Victory (2007), spawned two singles: “Hip Hop Police” and “The Evening News”. 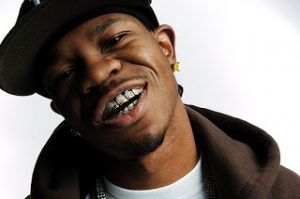 Chamillionaire Facts:
*He was born on November 28, 1979 in Washington DC, to a Muslim Nigerian father and an African-American Christian mother.
*He was discovered after freestyling on a local radio station.
*He signed a record deal with Universal Records in 2005.
*He released his debut studio album The Sound of Revenge on November 22, 2005.
*His song “Ridin'” topped the Billboard Hot 100 in the U.S. for two weeks and peaked at number two in the United Kingdom, behind Shakira.
*He is the CEO of Chamillitary Entertainment.
*He is childhood friends with fellow Texas rapper Paul Wall.
*He is married to Deetra Seriki.
*Visit his official website: www.chamillionaire.com
*Follow him on Twitter, YouTube, Facebook and Instagram.