Lela Loren is an American actress of television and film. She is best known for her starring role as Angela Valdes on the Starz television series, Power. Other notable television roles include Francesca Rossi in H+: The Digital Series, Silvia in Gang Related, and Danica Harlan in Altered Carbon. Loren has also appeared in the films Reign Over Me, The Reunion, Snitch and The Hangover Part III. She also appeared as Antonia in a stage production of My Antonia at Pacific Resident Theatre. Born Lela Maria Loren Avellaneda Sharp on May 7, 1980 in Sacramento, California, her older brother, Daniel Sharp, is the executive chef at a small restaurant in New York City. Loren was educated at Whitman College. 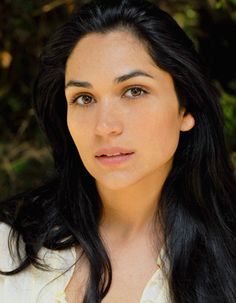 Lela Loren Facts:
*Born on May 7, 1980 in Sacramento, California, she spent her growing years Sacramento, California, and later, in suburban Sacramento.
*She is of Mexican descent on her mother’s side.
*Her older brother Daniel is a chef.
*She majored in biology from Whitman College in Walla Walla, Washington.
*She is fluent in English, Italian, and Spanish.
*She also writes poems.
*Follow her on Twitter, Facebook and Instagram.