Charissa Thompson is an American television host and sportscaster who works for Fox Sports. Prior to joining Fox Sports, Thompson worked for ESPN, Versus, as well as for GSN and the Big Ten Network. She co-hosted the SportsNation along with Marcellus Wiley. She also co-hosted the syndicated entertainment news show Extra from 2014 until 2017. Born Charissa Jean Thompson on May 4, 1982 in Seattle, Washington, USA, she wanted to be a broadcaster from childhood. She attended Inglemoor High School in Kenmore, Washington, and graduated from the University of California, Santa Barbara in 2004. In 2013, she began dating former NBA point guard Jay Williams. 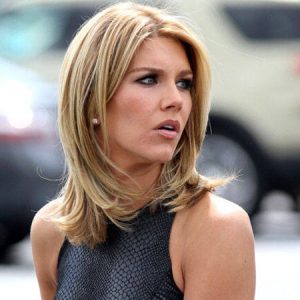 Charissa Thompson Facts:
*She was born on May 4, 1982 in Seattle, Washington, USA.
*In 2011, she began working for ESPN.
*She was named as a new co-hostess on Extra (1994).
*Her eye color is blue and hair color is blonde.
*Visit her official website: www.charissathompson.com
*Follow her on Twitter, Facebook and Instagram.