Elena Barolo is an Italian actress, showgirl, blogger and television presenter. She became famous following her appearances on the Italian satirical series Striscia la notizia. As an actress, she portrayed the role of Vittoria Della Rocca in the soap opera CentoVetrine from 2005 to 2007, and played Laura Ferrari in the sitcom series 7 vite in 2007 and 2009. Barolo has also appeared in such films as Ex – Amici come prima!, Un Natale per due, Don Matteo 7, and Terapia d’urgenza. She started a fashion blog called “Affashionate” in January 2012. Born on December 14, 1982 in Turin, Piedmont, Italy, Elena attended dance classes at the age of 3. She graduated from the San Giuseppe Classical Lyceum, and attended the European Institute of Design. She won the beauty competition Veline in 2002, at the age of 19. 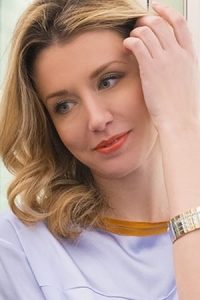 Elena Barolo Facts:
*She was born on December 14, 1982 in Turin, Piedmont, Italy.
*She began appearing in the Italian television program Striscia la notizia in 2002.
*Her longtime companion is Alessandro Martorana.
*In January 2012 she started a fashion blog www.affashionate.com.
*Follow her on Instagram.