Charlie McDermott is an American actor, best known for his portrayal of Axl Heck on the ABC sitcom The Middle. Other notable acting roles include Wild Bill in Disappearances and T.J. Eddy in Frozen River, for which McDermott was nominated for the Independent Spirit Award for Best Supporting Male in 2008. Born Charles Joseph McDermott Jr. on April 6, 1990 in West Chester, Pennsylvania, to parents Barbara and Charlie McDermott, he has two younger sisters named Erin and Grace. He was educated at Salesianum School and PA Leadership Charter School. At age 16, McDermott moved to Los Angeles to pursue his acting career. He is married to Sara Rejaie. 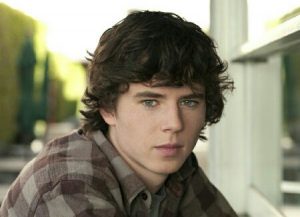 Charlie McDermott Facts:
*He was born on April 6, 1990 in West Chester, Pennsylvania, USA.
*He played Axl Heck on ABC’s The Middle from 2009 to 2018.
*In 2008, he received a nomination for an Independent Spirit Award for his role in the 2008 film Frozen River.
*Visit his official website: www.charliemcdermott.com
*Follow him on Twitter and Instagram.