Charlotte Crosby is an English television personality who starred on the MTV series Geordie Shore. She won the twelfth series of Celebrity Big Brother in 2013. In 2017, Crosby began presenting Just Tattoo of Us, and began starring in her own MTV reality series, The Charlotte Show in 2018. She has also appeared in I’m A Celebrity Get Me Out of Here! (AU), Ex on the Beach, Celebs Go Dating, Celebrity Coach Trip, Impossible Celebrities, and Celebrity Come Dine With Me. Born Charlotte-Letitia Crosby on May 16, 1990 in Sunderland, United Kingdom, to parents Letitia and Gary Crosby, she has one younger brother named Nathaniel. She rose to fame as a cast member on Geordie Shore starting in 2011. She has dated Gaz Beadle, Mitchell Jenkins and Joshua Ritchie. 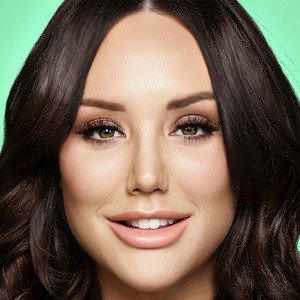 Charlotte Crosby Facts:
*She was born on May 16, 1990 in Sunderland, United Kingdom.
*She was educated at St Anthony’s Girls’ School.
*She appeared in 12 seasons of the popular reality TV series, Geordie Shore.
*She is the winner of the 12th series of Celebrity Big Brother.
*She had her own show on TLC called The Charlotte Crosby Experience in 2014.
*She published her autobiography, ME ME ME in July 2015.
*She was in a relationship with Love Island’s Joshua Ritchie from 2018 to late 2019.
*Visit her official website: www.officialcharlottecrosby.com
*Follow her on Twitter, YouTube, Facebook and Instagram.