Chelsea Hobbs is a Canadian actress born in Vancouver, Canada. She is best known for her performance on the ABC drama “Make It or Break It”. She played Gerda in the 2002 television film Snow Queen, for which she received a Leo Award nomination. Her other notable roles in television and film include, Beach Girls, More Sex and the Single Mom and Lords of Dogtown. Born in Vancouver, Canada, on February 18, 1985, to Dana and Richard Hobbs, Chelsea began dancing at age 3. She is of Irish, Scottish and Swedish descent. She married photographer Teren Oddos in 2007, and the couple had two child, one daughter and one son, before getting divorced in 2014. 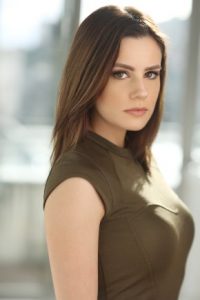 Chelsea Hobbs Facts:
*She started dancing at the age of 3.
*She belongs to Irish, Scottish and Swedish descent.
*Over the course of her youth, she appeared in over 50 commercials.
*Follow her on Twitter and Instagram.