Misty Rowe is an American actress, best known for her appearances on the comedy-music show Hee Haw. Rowe portrayed the carhop Wendy in early episodes of the sitcom Happy Days and Maid Marian in the Mel Brooks-produced When Things Were Rotten. She twice portrayed Marilyn Monroe, in Goodbye, Norma Jean and Goodnight, Sweet Marilyn. She has also appeared in the films The Hitchhikers, Loose Shoes, The Man with Bogart’s Face, National Lampoon’s Class Reunion, and Meatballs Part II, and the television movie SST: Death Flight. 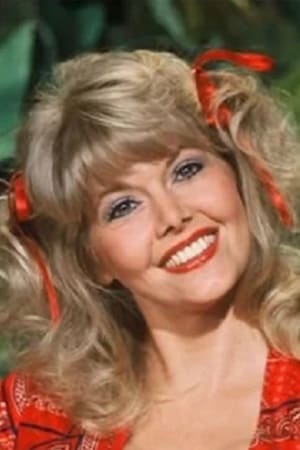 Misty Rowe Facts:
*She was born on June 1, 1950 in Glendora, California, USA.
*She won the contest ‘Miss Mini Skirt’ in 1971.
*She launched her acting career as a vapid blond.
*She is one of the best known cast members of Hee Haw as one of the “Hee Haw Honeys.”
*She was a featured model in Playboy magazine in 1976.
*Has a song, written in her name by band Young Heart Attack, titled “Misty Rowe”.
*Visit her official website: www.mistyrowe.com
*Follow her on Facebook.