Chloe Beatty is an American dancer who competed on the second season of the Lifetime dance reality series Abby’s Ultimate Dance Competition (AUDC), where she placed 10th. She was the 1st contestant to receive a call back card during the series. Her favorite styles of dance to perform are contemporary ballet, lyrical, and jazz funk. Born Chloe Amore Beatty on August 2, 1999 in North Carolina, her mother Angela was the Director of the Association of Rhythmic Talent dance company. She has a sister named Monet. 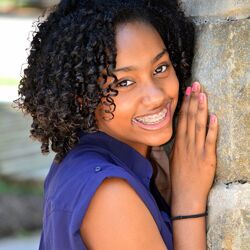 Chloe Beatty Facts:
*She was born on August 2, 1999 in North Carolina, USA.
*She was a contestant on the second season of Abby’s Ultimate Dance Competition, where she placed 10th.
*Her favorite styles of dance to watch are Stiletto, Afro Jazz, Latin, and African.
*Follow her on Instagram.